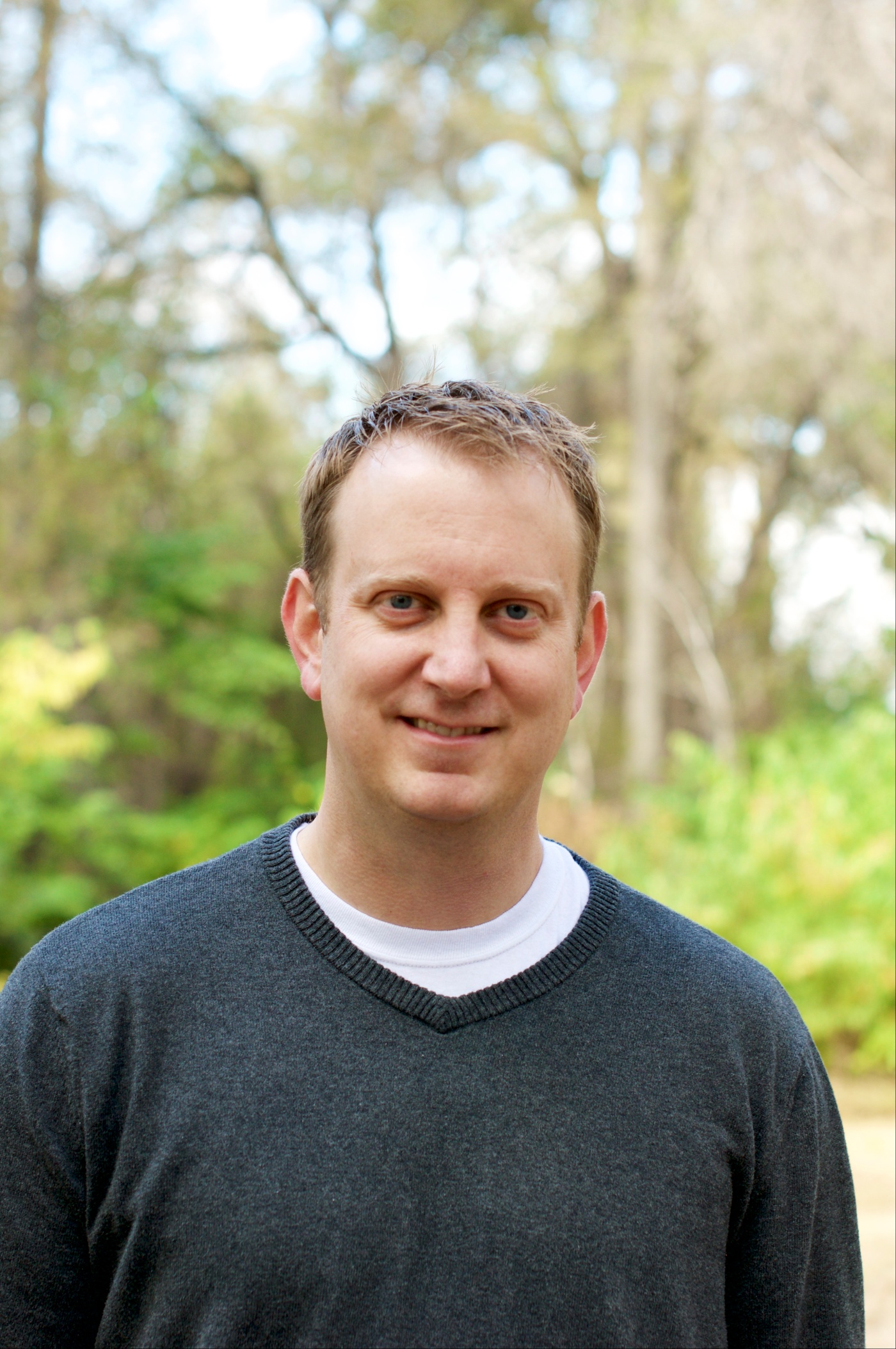 It is with great pleasure that I make available to my reading audience this interview with pastor Sean Cole.  You can listen to Sean’s podcast, Understanding Christianity, and watch his video sermons here.

1) Tell us a little about yourself: How you came to Christ; Where you went to school; What your favorite subject was/is; Where you pastor; etc.

Romans 1:16 says,  “. . . the gospel is the power of God for the salvation of everyone who believes.”  I can take no credit for my salvation because God in His sovereignty reached down from heaven in power through Jesus and raised me from spiritual death to spiritual life.  I had the privilege of being raised in a Christian home by godly parents.  As a young “preacher’s kid” growing up in church, many Sunday School teachers and leaders sometimes just assumed that the minister’s children were already saved and thus did not invest as much time in them.  Through Sunday School and Vacation Bible School, the Lord used teachers willing to invest in my life and present Jesus to me.  On a Sunday night after church in 1979 when I was 8 years old, I asked my parents to come into my room and pray with me to confess my need for Jesus. That night on the corner of my bed, I admitted that I was a sinner, believed that He is the only way to salvation through his death and resurrection and that He needed to be my Lord and Savior.  As one “dead in trespasses” (Ephesians 2:2) and “unable to please God” (Romans 8:6-7) my favorite passage of Scripture is Romans 5:8: “God demonstrates his love for us in this—while we were still sinners, Christ died for us.”  When Christ entered my life and adopted me into His family, I started on a journey of grace and growth in Him.  I believe in the eternal security of the believer and am confident that I will one day see Christ face to face.  Jesus is both my Savior and my Lord and I thank Him daily for His grace and sacrifice for me on the cross and for His resurrection.

I have been the Lead Pastor of Emmanuel Baptist Church in Sterling, CO, for almost 13 years.  I have been married for 23 years to my wife Dawn and I have two boys—Aidan and Zachary.

2) Who/What was a major influence in your journey to embracing Reformed Theology?

Dr. James White of Alpha and Omega Ministries served as my Apologetics professor in seminary and challenged my thinking with his book, The Potter’s Freedom.  As I began to explore Reformed Theology, my greatest influences in the initial stages almost 20 years ago were John Piper’s The Pleasures of God, R. C. Sproul’s Chosen by God, J. I. Packer, John Owen, and the SBC Founders Movement.  Back in the late 90’s and early 2000’s there were very limited resources on the internet, so I bought a bunch of books to read primary sources.  One of the best books I read during this journey was Michael Horton’s, Putting Amazing Back into Grace, as well as his magazine, Modern Reformation, and podcast, White Horse Inn.

3) You’ve had several interactions with non-Calvinists, especially Dr. Leighton Flowers (Traditionalist) who is a major voice in the continuing debate on Calvinism in the Southern Baptist Convention. Why do you think this debate over Calvinism is important?  Does it really matter?

It is vitally important for all Christians to articulate what we believe and why we believe it.  In an age of biblical illiteracy and moral relativism, nothing is more important than understanding (1) the nature of God, (2) the nature of man, and (3) soteriology—how sinful man can be accepted in a right relationship with a holy God.

Within the Southern Baptist Convention (my tribe) Calvinists and non-Calvinists have always peacefully co-existed.  Lately, I have been concerned with leaders within the Traditionalist movement calling for “loyal opposition” to the rise of Calvinism within the SBC.  It appears that Traditionalists view Calvinism as a cancer that must be eradicated from our Convention.  I believe they feel threatened because the vast majority of seminary students are graduating with theologically Reformed convictions. They perceive a hostile takeover of the SBC by Calvinists and in their view are losing power and influence that they enjoyed for the past 75 years.

The reason this debate matters is because there are so many straw men and caricatures on both sides.  Calvinists have a very hard time understanding Traditionalist theology and often wrongly label it as Arminianism. Traditionalists often misunderstand or misrepresent Calvinism as well. I think it is vitally important that the two sides not speak “past each other” but attempt to truly understand each others’ respective viewpoints.

In the end, as Southern Baptists, we have much more in common than we have differences.

4) What advice do you have for those currently struggling with Calvinism, Arminianism, and Traditionalism?

First of all, embrace the struggle. Every serious believer must personally come to grips with key doctrines such as predestination, God’s sovereignty, human depravity, the nature of grace, and the extent of the atonement.

Second, please do not engage in strawman argumentation or caricatures, but truly try to understand the other side’s views.  One of the best disciplines to learn in theological debates is to clearly articulate back to your opponents what they actually believe or assert in such a manner that they will agree that you’ve accurately represented their view.

At the end of the day, the doctrines of grace are NOT the gospel proper.  Instead, they are secondary issues that help us understand the depth of the gospel.  A person is not saved by holding to unconditional election, but by personal faith in Jesus Christ alone as Savior and Lord.  We need to always remember that these doctrines are secondary.  We should be zealous to defend our views and present robust exegetical arguments from the text of Scripture but to do this with gentleness, respect, and love.

I am very concerned right now with the caustic level of vitriol and acidity between believers over these issues, especially on social media.  We have forgotten how to confront, discuss, engage and debate in patience and love.  We must not compromise on how we understand the truth, but we need to communicate with a tone of love, respect, and gentleness.

I have hopefully tried to model this attitude in my interactions with non-Calvinists both in my church, among my family and friends, and through my podcast and social media interactions.

5) What would you say to someone who says that “Calvinism kills evangelism”?

I would first ask them to do two things for me: (1) Define what you mean by Calvinism and (2) define what you mean by evangelism.  I need to understand if we are speaking the same language and if they hold false views of what Calvinism is.  Usually, they protest that Reformed theology does not allow for alter calls, the sinner’s prayer, and other potentially manipulative means of getting people to “make a decision for Christ.”

Secondly, I would tell them that no sinner is ever saved without repenting and believing in Jesus alone for the forgiveness of sins.  While many are elect UNTO salvation, they are not automatically saved without conscious faith in Jesus.  Evangelism is God’s appointed means of calling His elect to Himself in salvation. [1 Thess. 1:4-5; 2 Thess. 2:13-14; 2 Tim. 2:10]

Third, I would simply point to the empirical evidence of great evangelists in church history who have been zealous evangelists such as George Whitefield, William Carey, Jonathan Edwards, Lottie Moon, Charles Spurgeon, Martyn Lloyd-Jones, and others.  [I would add to this list contemporary figures like Paul Washer of HeartCry Missionary Society, Jeff Rose of JeremiahCry Ministries, Kevin Williams of Grace Fellowship Manchester, and the outreach arms of Bethlehem Baptist Church in Minneapolis, MN (John Piper), Grace Community Church in Sun Valley, CA (John MacArthur), and 9 Marks (Mark Dever).]

6) Do you think there needs to be a reforming of evangelism in the SBC?  Why or why not?

I think things have gotten better in recent years with more pastors critically evaluating past methodologies of evangelism that are more man-centered and manipulative such as alter calls and the invitation system and high-pressure sales techniques.

With so much discussion about low baptism numbers and the sinner’s prayer and alter calls, etc., living in Colorado we are on the front lines of lostness in a postmodern culture. Hardly any SBC church in our state employs those older more Traditionalist methods that may be more prevalent in the South.  I hesitate to make a blanket statement about the need for reforming evangelism when I have not witnessed how the vast majority of SBC churches practice it.

I would say that the older method of a “come forward alter call”, “Repeat after me prayer” and “giving immediate assurance of salvation” are becoming less frequent because our culture is more postmodern and are not “culturally conditioned” to the older models of Billy Graham style evangelism techniques.

I like the way J. I. Packer defines evangelism in his great book, Evangelism and the Sovereignty of God: “To evangelize, is to present Christ Jesus in the power of the Holy Spirit, that men shall come to put their trust in God through Him, to accept Him as their Saviour, and serve Him as their King in the fellowship of His Church.”  [I highly recommend the book by Greg Gilbert, What Is the Gospel?]

We live in an anti-authoritarian culture that prizes self-expression as the highest ideal. This elevation of individualism has sadly crept into the church. Many evangelical Christians hold to a vague theology and are more concerned with either pragmatic techniques for spiritual living or psychotherapy.  Confessions serve as anchors that tie believers to the robust theology of the past where faithful believers wrestled over many years to clearly and precisely articulate a common theology.

To be confessional means that you are not creating your own theology in a vacuum, but stand on the shoulders of those who have gone before us.  Confessions are by no means the inerrant and inspired Word of God but serve as helpful summaries of the collective doctrine of a group of believers.

Confessions are so helpful because they are thoroughly biblical [assuming it’s an orthodox confession], but also precisely written so that there is no ambiguity in what is being asserted.

I would encourage all believers to read the 1689 BCF devotionally as well as theologically and to truly wrestle with each chapter.  Take the time to read the supporting Scriptures and then meditate on why the framers worded the doctrine in its particular way.

A confessional standard also protects the church from heresy but also unites the church around a common written faith that can be a source of reference when theological disagreements arise.